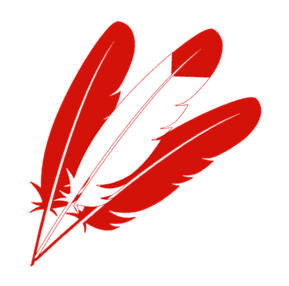 There were many factors that contributed to the low participation such as the following:

In the winter months, the sport of Hockey dominated with many First Nations hosting weekend tournaments. From these competitions, the Winter Games were started. In 1980, Chief Norman Stevenson and Council of the Cote First Nation, as well as the membership proudly hosted the first First Nation Winter Games. The focus of these Games was to be centered on the youth.

Overall, the athletes that participated in the First Nations events were remarkable athletes in mainstream sports but were reluctant to participate on a regular basis. Although the “circuit” of events circled around adult involvement and participation, there was a need to address and promote youth involvement in sport, culture and recreation.

Originally, the First Nations competed together against one another in the Summer Games. They then began to compete in the District format, of which there were seven at that time. The original sports in the Summer Games were track and field, soccer and softball. The original sports in the Winter Games were hockey, basketball, volleyball, curling and boxing. Through mandate by the Federation of Sovereign Indigenous Chiefs in Assembly, the Saskatchewan First Nation Summer and Winter Games were developed using the Tribal Council Format. The teams participating in the Tony Cote Winter/Summer Games were made up of First Nations within a Tribal/Grand Council or Agency.

In 1984, the Chiefs in Legislative Assembly passed a resolution to support the First Nation Games program on an annual basis. The Federation of Sovereign Indigenous Nations Sport, Culture and Recreation Commission was initiated through the restructuring process undertaken in 1991, under the responsibility of FSIN Vice Chief in charge of Sport, Culture, Youth & Recreation. A resolution was passed authorizing the development of a Commission Act for presentation to the Legislative Assembly. The Commission Act went through three readings and the final adoption of the act, received endorsement by the FSIN Chiefs Legislative Assembly in 1994. In 1997, a restructuring occurred and the Sport, Culture, Youth & Recreation Commission was restructured to Committee status and placed under the Education and Training Commission. Onion Lake First Nation was given status to participate as a Team in the First Nation Games Program.

In 1997, the Athabasca Region was given permission to participate in the First Nation Games Program as a team for the Winter & Summer Games. This was a pilot project for Team Athabasca to have full team representation from their Region participating in the First Nation Games Program. In 1998 the FSIN Sport, Culture, Youth and Recreation Committee, in conjunction with the Federation of Sovereign Indigenous Nations, developed the First Technical Manual governing the Saskatchewan First Nation Summer and Winter Games. In 1999, the Touchwood File Hills Qu’Appelle Tribal Council divided into two, the Touchwood Agency and the File Hills Qu’Appelle Tribal Council. They now participated as two teams in the Games Program. In 2007, Prince Albert Grand Council divided into two, Team Woodland and the Prince Albert Grand Council.

They now participate as two teams in the Games Program. In 2008, Battlefords Agency Tribal Chiefs and Beardy’s & Okemasis First Nation were added to the team participation list for the Games Program. The FSIN Sport, Culture, Recreation and Youth Committee have identified through experience, the need to regulate and enforce standards as it relates to the Tony Cote Winter/Summer Games. In 2001, the Tony Cote Winter/Summer Games Technical Manual was revised and adopted by the FSIN Sport, Culture, Youth and Recreation Committee and FSIN Chiefs in Assembly. This manual now completely governs all details of the games thoroughly and consistently. The FSIN Sport, Culture, Recreation and Youth Committee will not be accepting any teams into the games program.

?In 2002, the Saskatchewan Indian Sports, Culture, Youth and Recreation Committee, upon consultation with their Chiefs, recommended that the First Nation Winter/Summer Games be staggered. The staggering of the Games would enable the Tribal Council Coordinators to focus their attention on grassroots development of the youth within their Tribal Council/First Nation areas. This resolution was passed by the FSIN Chiefs in Assembly in February, 2002.

Manage your identity from the palm of your hand to the top of your desk.